Bipolar Disorder – What is it?

Bipolar disorder is a serious illness that brings severe high and low moods and changes in sleep, energy, thinking, and behavior. Individuals who suffer from this illness usually experience periods in which they feel overly happy and energized and other periods of feeling very sad, hopeless, and sluggish. The word manic is used to describe the period of time in the illness when one feels overly excited and confident, leading to impulsive or reckless decision-making. Individuals experiencing mania can also have delusions or hallucinations. Hypomania is a term used to describe a point in the illness in which the sufferer does not experience delusions or hallucinations and their symptoms may be very significant but not as severe as full manic symptoms.

The exact cause of bipolar disorder is unknown. It is widely believed that neurochemical, genetic and environmental factors most likely interact at many levels to play a role in the onset and progression of this illness. The most popular school of thought is that this is a predominantly biological disorder that occurs in the brain and is due to a malfunction of the neurotransmitters. It is believed that the illness may lie dormant and be activated spontaneously or it may be triggered by stressors in life. 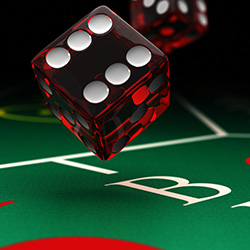 Bipolar mood changes are called mood episodes. Individuals with this illness may have manic episodes, depressive episodes, or mixed episodes. These mood episodes cause symptoms that last a week or two-sometimes longer. Mood episodes are intense and often unrelenting. The feelings are strong and happen along with extreme changes in behavior and energy levels.